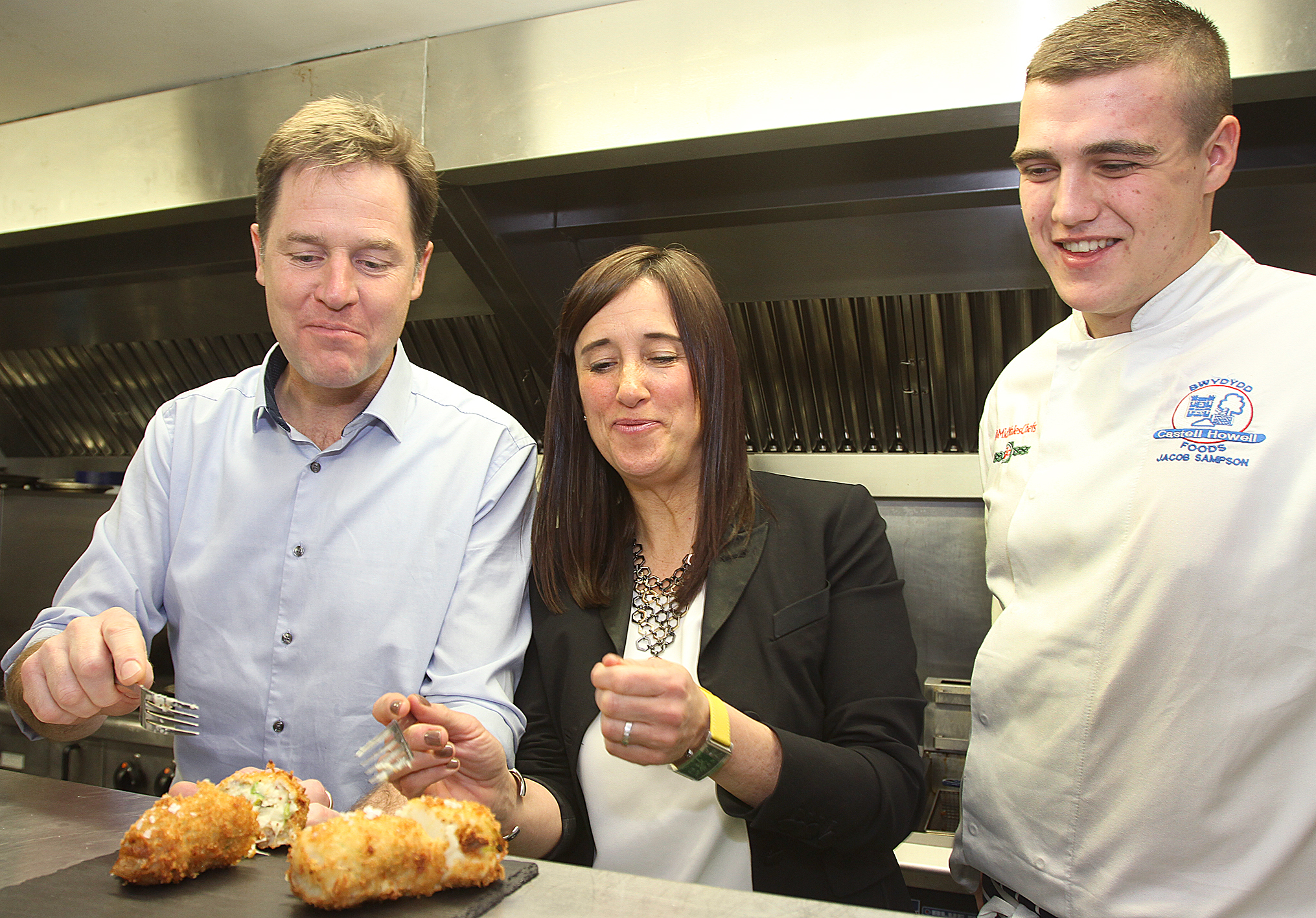 “Apprenticeships are the key to helping young people get into work. To see a young and talented man like Jacob be given such an opportunity is really what it’s all about. Thanks to the Liberal Democrats, there is an additional ten million pounds to help fund this scheme.

“The Liberal Democrats are committed to supporting apprenticeships across Wales and I personally would like to see more in here Montgomeryshire. I couldn’t be more pleased to have Nick visit us here in Montgomeryshire and show his support for such a successful local business and promising apprentice.”

“I was delighted to meet Jacob and Arwyn [Watkins, Managing Director of Cambrian Training] and see how their work is helping young people find employment in Montgomeryshire. Liberal Democrats in Government have helped to deliver 2 million apprenticeships in this Parliament, and I know Jane Dodds is involved with the campaign in Wales to ensure all young people have the opportunity to get on in life.”

When asked about the future of the Liberal Democrats in Montgomeryshire, Nick backed Jane and her campaign whole heartedly, saying:

“I am dead keen to win it back and Jane is absolutely the right candidate. This has been a Liberal seat since 1880, people have very strong liberal instincts here and the Liberal Party has always served the community dutifully over the decades, and Jane is an outstanding candidate leading a very positive and energetic campaign.

“In Jane the people of Montgomeryshire would have an incredibly dedicated campaigner who knows the community and also knows she is part of the Liberal Democrat team dedicated to finishing the economic recovery.”