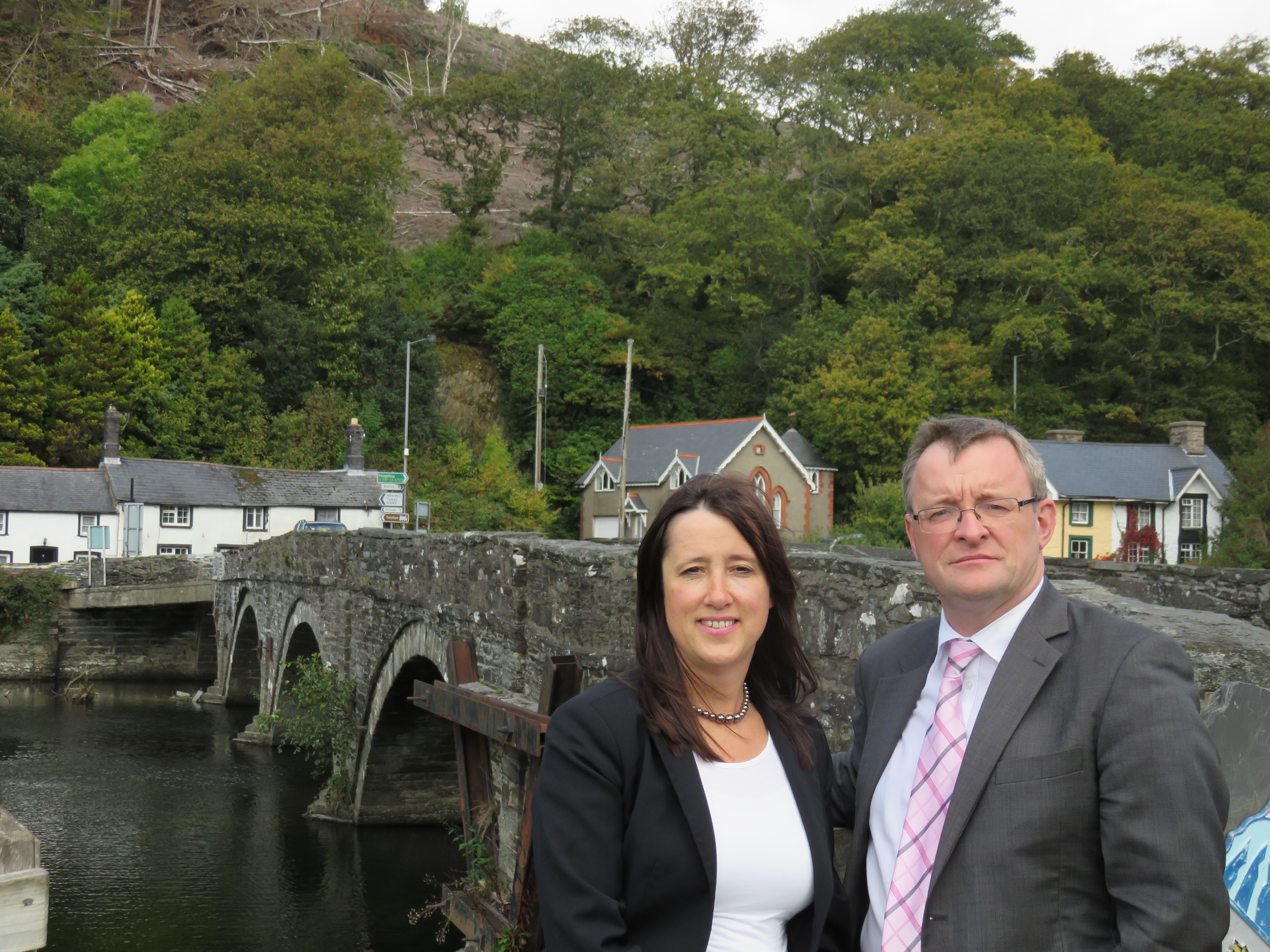 The Welsh Liberal Democrats have today announced that they have secured £22 million for the development of a new Dyfi Bridge upstream of the existing crossing near Machynlleth.

The deal, which was in exchange for allowing the Welsh Government’s annual budget to pass, means that work is planned to begin in 2015 and will be secured within the National Transport Plan to ensure there is no slippage. It is expected that the new bridge will be complete by 2017-18.

This follows a lengthy campaign on the issue by William Powell AM and Parliamentary candidate Jane Dodds.

"The Dyfi Bridge is a fantastic old structure but simply doesn't stand up to the task anymore. I've seen large haulage trucks have to negotiate the narrow spaces there and it's in incredibly busy stretch of road.

"I am thrilled to see that our hard work on this issue has paid off. With this new bridge, the congestion and threat of flooding will be alleviated.  Local residents and tourists alike will have a much easier time traveling around the area."

“This is great news for Machynlleth and the surrounding communities in Montgomeryshire, Ceredigion and Gwynedd.

“I and Welsh Liberal Democrat colleagues have worked tirelessly to bring a new bridge forward and I am delighted that our efforts have paid off and we have got this commitment from the Welsh Government.

“I would also like to thank the hard work of local Powys County Councillor Michael Williams, Machynlleth Town Council, and local business leaders for working with me on this campaign and for agreeing to attend the meeting I arranged with the Minister, Edwina Hart AM, in late 2013 to lobby for a new crossing.

“This agreement with the Welsh Government has finally converted years of campaigning into a concrete commitment to deliver a new crossing, and to ensure that the A487 quickly becomes a reliable link throughout the year.”