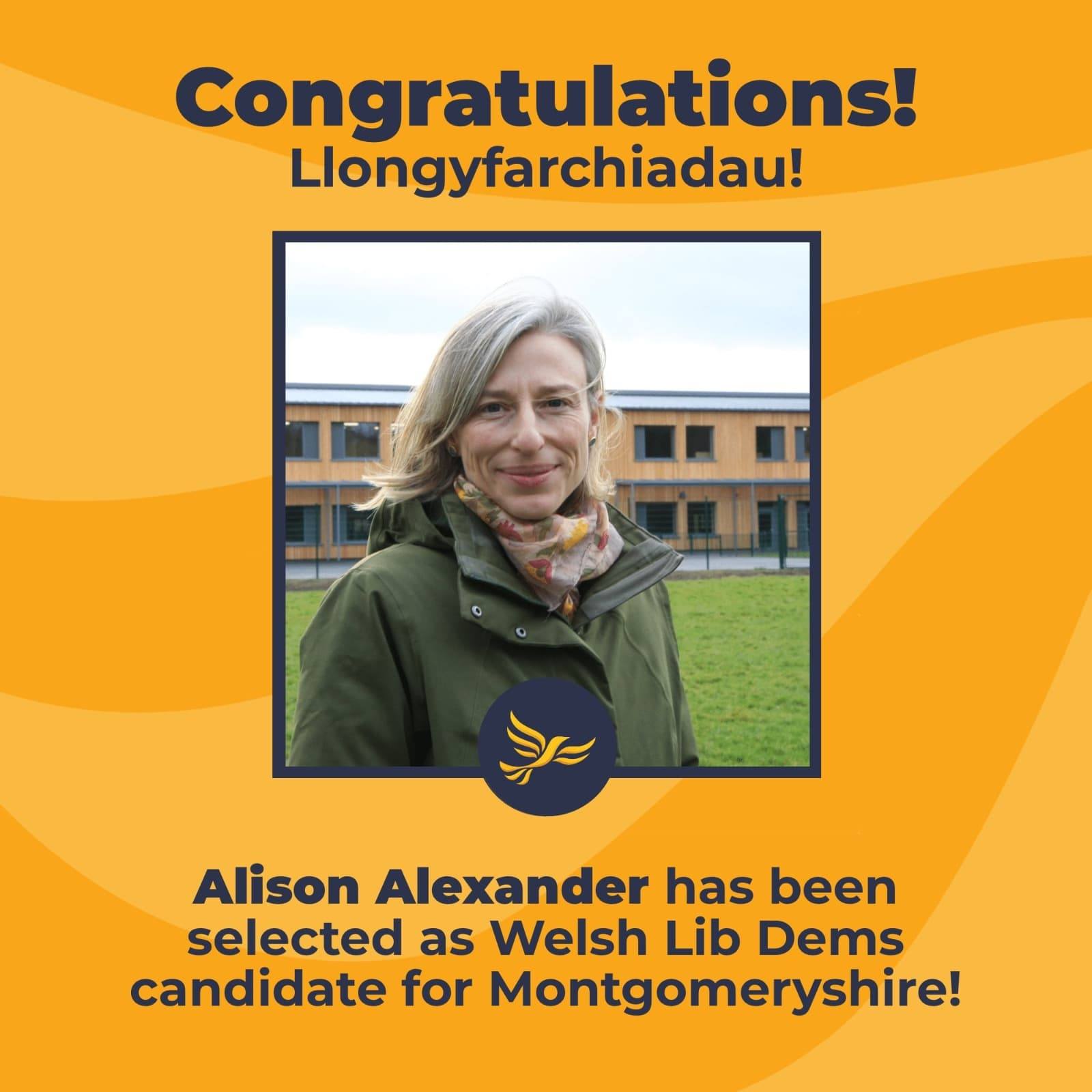 Montgomeryshire Liberal Democrats have selected local councillor Alison Alexander as their candidate to contest the Montgomeryshire seat at next year’s Senedd Election.

Alison lives in rural northern Montgomeryshire with husband Alastair where she is a Llanfyllin Town Councillor.

Alison has degrees in botanical horticulture from the Royal Botanic Gardens, Kew, and in Mandarin Chinese, French and Spanish from the University of Durham and is currently completing a Masters degree in Ecology. She paused her career in horticulture and community education to raise their son, who now attends the nearby village school.

Alison is co-founder of Repair Café Oswestry and Borders, a board member of the inclusive environmental group BRACE and a parent governor at her local school.

“It is a real pleasure to be selected to fight Montgomeryshire on behalf of the Welsh Liberal Democrats. On so many issues I believe that Montgomeryshire has been overlooked, from rural broadband, to health & social care, to rural transport.

“I am passionate about bringing people together for a stronger democracy, improving life chances for the least advantaged and finding ways to protect the natural world while generating a thriving economy.

“I’m looking forward to fighting a campaign that champions the issues that matter to people across Montgomeryshire.”

“Alison Alexander is a first-rate candidate and will be taking the fight to the Conservatives.

“The Conservatives have failed to deliver for Montgomeryshire in the Senedd and are failing to deliver at Westminster too. What we need is a strong Liberal Voice in the Senedd, fighting for our needs. That is exactly what Alison Alexander will do."