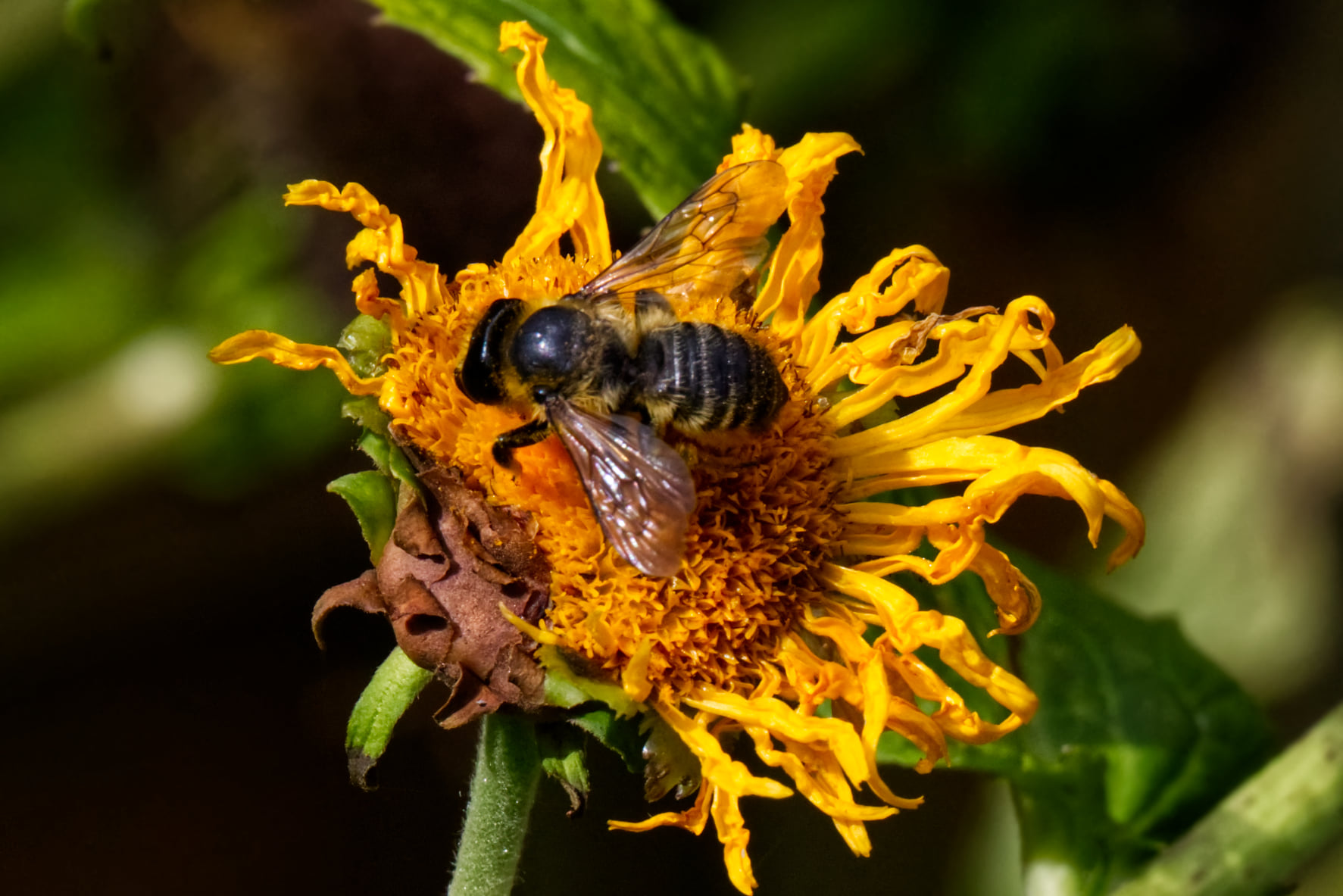 We’ve seen a lot of headlines in the past week about the UK Government’s scandalous decision to allow the use of a noxious neonicotinoid pesticide on East Anglian sugar beet crops.

Not exactly a big issue for the good people of Montgomeryshire, I hear you yell. It should be.

This is about international trade agreements and food standards, or lack of them, and the enormous direct impact they have on how we treat the land, our farmers’ livelihoods and the nutritional value of the food we put in all our stomachs. Beet now, sheep and cattle later.

Even in minute amounts, neonicotinoid chemicals (‘neonics’ for short) wreck bees’ navigational abilities meaning they can't find their way back to the hive and the whole hive dies off. Permission has been granted to use the neonic thiamethoxam here in the UK because, despite being banned in the EU, countries including France have been allowed exceptional use. This is to deal with the greenfly spreading beet yellows virus that could ruin more than half their crop. In addition, from January 1st the Conservative Government agreed tarif-free imports for 460,000 tonnes of cane sugar – grown in places like Brazil where, you guessed it, neonics are used on the crop.

East Anglian farmers cannot compete with substandard imports from other countries, just as Montgomeryshire farmers will not be able to compete with low-quality and low-welfare meat shipped in from elsewhere.

So what are the choices for supporting farmers in the face of this global competition? Subsidies.  Tariffs. Permission to pollute the environment and kill pollinators with damaging pesticides. Laws enshrining food standards. An end to industrial-scale production. Organic growing.

The big issue here is about what we as a society care about. We need to choose the right path. Are we going to come together, all of us, to figure out a way to feed our population affordable, nutritionally dense food and ensure our farmers and growers a decent standard of living? Or are we going to keep up the current UK Government’s mantra that we must have ‘cheap’ food?

It’s important here to point out the huge gulf between ‘cheap’ and affordable food. Let’s not forget the hidden costs of so-called ‘cheap’ food – the cost of the environmental damage, the cost of treating ill health brought about by poor diet, the cost of the extreme weather events we’re experiencing as a result of trashing the planet? Good quality, high welfare food needs to be affordable for everyone.

Are we going to keep merely talking about protecting the environment while actively choosing to destroy when it suits us?

So what can you do?

At a grassroots level you may be surprised to learn that neonics are the key ingredients in an array of widely-available garden and lawn care products. So next time you reach for the rose spray or the vine weevil killer, check the active ingredients.

The Government is putting a raft of new legislation through Parliament right now covering everything from workers rights to the quality of the food we import. Late last year Conservative MPs including Craig Williams voted against a food standard amendment to the Agriculture Bill.

Tomorrow the UK Trade Bill returns to the Commons from the House of Lords where peers voted to support amendments calling for a new code of practice for standards on food, animal welfare, environment, human and employment rights, if those rights might be impacted by new trade agreements.

You can share your views on the subject of upcoming votes by emailing [email protected] I’d like to be clear here that I’m not encouraging anyone to harangue any member of parliament. The only way any politician can represent the views of their constituents is if people tell them what those views are. On the subject of which, I’d love to hear from you here: http://montlibdems.org.uk/alison-listens/

Keep your eyes on this page. We will keep you up-to-date with new laws being put before parliament so you can write to the current Montgomeryshire MP and SM, and give you links to petitions. https://www.brlibdems.org.uk/bees

But you’re the opposition and you haven’t really bashed the Tories yet?

Quite right. Let’s not miss that opportunity…

In 2017, then Environment Secretary Michael Gove said: “I’ve always been clear I will be led by the science on this matter. The weight of evidence now shows the risks neonicotinoids pose to our environment, particularly to the bees and other pollinators which play such a key part in our £100bn food industry, is greater than previously understood. I believe this justifies further restrictions on their use. We cannot afford to put our pollinator populations at risk.” The science has changed – illustrating more evidence of the impact of neonics on the environment.

On Friday, Brecon and Radnorshire MP Fay Jones set about “clearing up some of the misinformation doing the rounds” on neonics. She said: “Many argue that using the pesticides will harm our bee population. However, we should remember that the Government has authorised the use of neonicotinoids on sugar beet which is a non-flowering crop. Bees are not attracted to these sorts of plants.” Although true, this does this represent the full story. Studies show dust emitted during the planting of coated seed drifts onto neighbouring wild flowers where bees forage. Less than 2% of the Thiamethoxam seed coating is taken up by the beet crop. The rest enters ground water or accumulates in the soil. And, most obviously of all, if the argument goes that bees will not be affected because nothing will be flowering on the acres devoted to beet growing that means insects have nothing to eat.