The Welsh Liberal Democrats have raised concerns over the closure of a dental practice in Newtown. 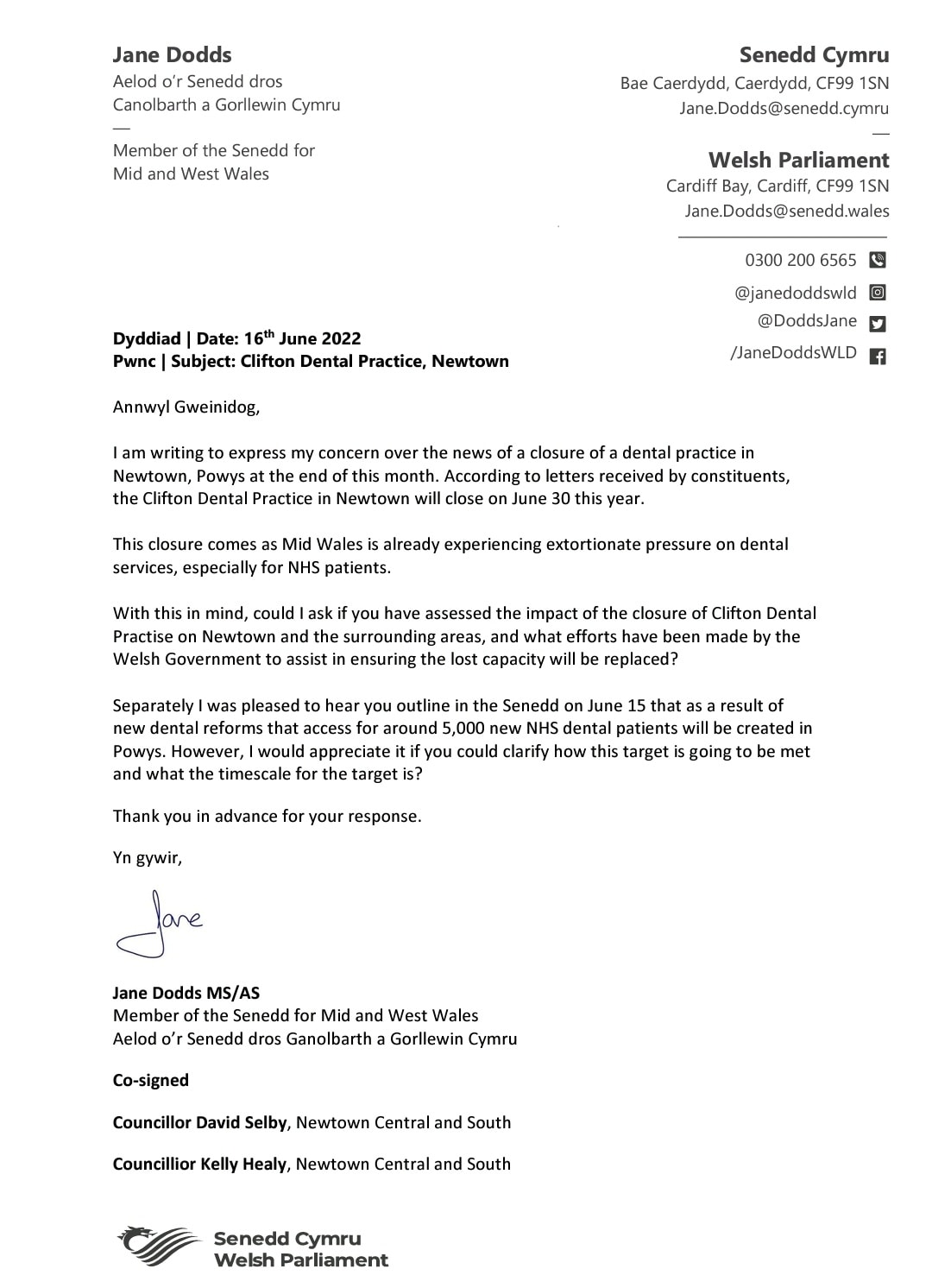 In a joint letter to the Labour Health Minister, Eluned Morgan, Welsh Liberal Democrat Senedd Member Jane Dodds and Newtown Central & South Councillors David Selby and Kelly Healy have asked if the Welsh Government has assessed the impact the closure of the practice is likely to have on Newtown and the surrounding areas as dental services struggle to deal with demand.

“With this in mind, I have asked the Health Minister to outline whether they have assessed the impact of the closure of Clifton Dental Practise on Newtown and the surrounding areas, and what efforts have been made by the Welsh Government to assist in ensuring the lost capacity will be replaced.

“We have heard horror stories of people in Mid Wales in the last few months being so desperate to get onto a practice list they have had to remove their own teeth, it is vital that Labour keep on top of this crisis.

“Separately I have also asked the Minister to outline how she envisions that new dental reforms will lead to an increased capacity of 5,000 new NHS dental patients. While this goal sounds terrific, it is not clear how it will be met, especially if we cannot even attract dentists to replace those retiring like with Clifton. There has also been no clear timescale outlined for achieving this target.”