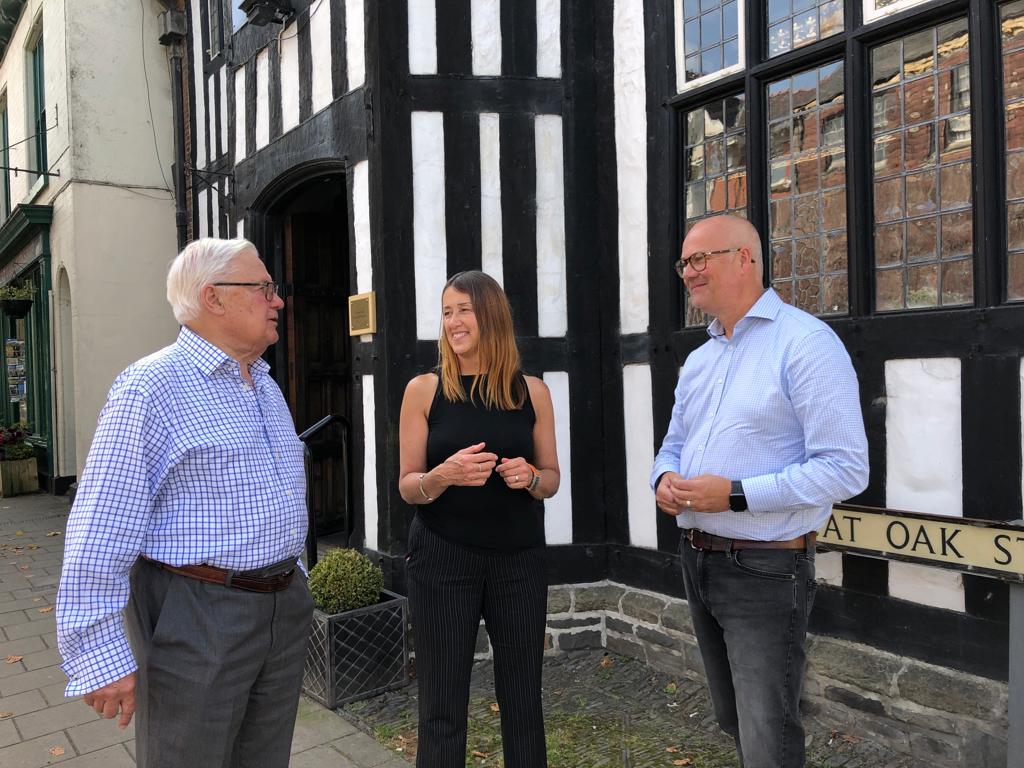 Senedd research shows more than 200 banks have shut in Wales since 2008, leaving towns such as Llanidloes, Newcastle Emlyn and Hay-on-Wye without any. The number of free-to-use ATMs in Wales has also fallen by 10 per cent between March 2018 and March 2019.

According to the Federation of Small Business (FSB), small businesses continue to rely on physical branches for services with face-to-face interaction, especially in areas with a high proportion of elderly residents or digitally excluded people.

During her question, Jane Dodds highlighted that many towns in Powys have now been left without a bank, including Llanidloes and Hay-on-Wye and questioned when Banc Cambria is likely to be able to provide branches in rural communities hit by closures.

Banc Cambria is a cooperative, community-focused bank being developed with the support of the Welsh Government. It aims to provide a full banking service across Wales, but unlike other banks, it will be owned and controlled by its membership, not outside shareholders.

“Communities in Powys like Llanidloes and Hay-on-Wye are representative of the decimation of banking services across rural communities in Wales over recent years.

“These closures affect large sections of the population, particularly those communities and individuals who do not have access to reliable public transport to take them to their nearest branch, a problem that is all too prevalent in rural Wales.

“But closures also impact on small business and their trade and I have also heard from community organisations and charities concerned about the impact on their operations too.

“It is absolutely vital that Banc Cambria is delivered at pace and at scale in order to have the greatest impact for our communities and our economy more broadly.

“The Welsh Government set out earlier this year the ambition for 30 Banc branches over the next decade, but we need the Welsh Government to set out how they envisage a pan-Wales Bank with ties to every community across Wales will operate.

“We also need the Government to set out what interim measures will be adopted to ensure that communities across Wales have access to banking services in the interim.

“I also want to see the Welsh Government outline at least a rough timeline indication when communities such as Llanidloes and Hay-on-Wye could expect to be able to access banking services and how the allocation of branches of Banc Cambria will be prioritised.”

Responding to Jane Dodds, Vaughan Gething committed that the Welsh Government will working with and consult with communities effected by bank losses while developing Banc Cambria.