Powys is facing a "dentist shortage crisis" as over 20% of dentists in the county approach retirement, the Welsh Liberal Democrats have warned. The party says the situation, bad across all of Wales, is particularly acute in rural areas. 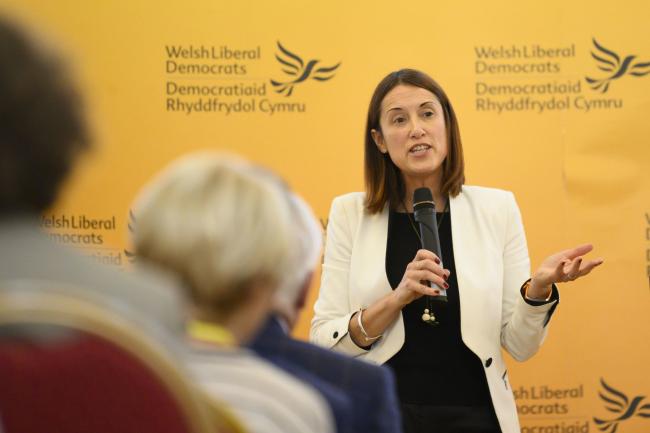 Welsh Party Leader and Mid & West Wales Senedd Member Jane Dodds accused Labour of being "asleep at the wheel" and said it was "no wonder" people were turning to "DIY dentistry".

Last year a poll by the Faculty of Dental Surgeons found 19% of dentists believed it will take more than two years to get through the volume of dental patients waiting for treatment.

A report compiled by Jane Dodds on access to dentistry in Mid & West Wales also found that people were living in pain or unable to eat properly, because they could not find treatment - and that the poorest were suffering most as they were least able to afford to pay for private dentistry. There were also examples of people resorting to pulling out their own teeth at home because they can’t get a dentist appointment.

Between 2019-20 and 2020-21, the number NHS dentists in Wales fell by over 5% with 83 fewer NHS dentists on the books. The Welsh Liberal Democrats have said these numbers could fall further as dentists looked to retirement and warned of a "dentist shortage time bomb".

Jane Dodds described the shortages as a "scandal", adding:

"These statistics show why it is sadly no wonder people are desperately turning to DIY dentistry across Wales. Our NHS dental system is at breaking point, it really is a scandal. Access to NHS dentists is already a postcode lottery and with 20% of dentists facing retirement soon the problem only looks set to get worse.

“The Welsh Government is asleep at the wheel when it comes to the crisis in NHS dentistry. To be clear, this crisis is not the fault of dentists. They work extremely hard and have to operate within the system that exists. But that system is broken and only the Welsh Government can fix it.

“Clearly, the Welsh Government needs to step up and review the system which drives dentists away from performing NHS activity. The lack of NHS dentists across the country is a real crisis for people. As well as being unable to sort out dental pain in the short term, people are storing up problems for the future without regular check-ups.

“To help reduce current pressures while more dentists are trained, I would urge the Welsh Government to consider increasing the availability of dental therapists and nurses, as well as considering introducing travelling NHS dentists who can rotate through areas of concern to help clear backlogs.

“People across Powys are being let down by Labour taking them for granted. This is especially true in rural Wales where the problem is even more serious.”