Welsh Liberal Democrat Candidate for Montgomeryshire Alison Alexander has expressed her shock that Welsh Lamb exports now face more red tape when exporting to the EU than those of farmers in New Zealand. 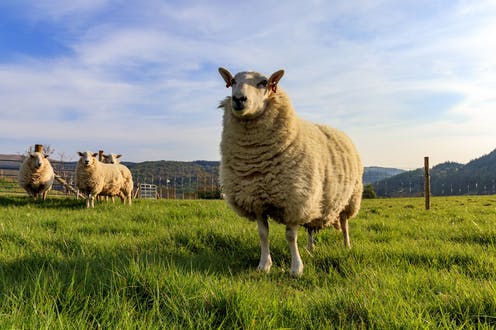 Alison said: “After almost a year of negotiations and multiple missed deadlines, Britain and the EU thankfully secured a post-Brexit trade deal in December. This of course was a welcome development for everyone, not least our local farmers, for whom a no-deal would have been catastrophic.”

“However, as is so common with these agreements, the devil is in the detail and a preliminary analysis of the deal indicates that New Zealand farmers will have to go through less red tape than their British counterparts. This is due to the lack of an ‘equivalence agreement’ within the EU-UK Deal which is present in the EU-NZ Deal.”

The EU – New Zealand veterinary agreement, signed in 1996, provides for the recognition of legislative controls applied to animal diseases by trading partners. This reduces the compliance costs of New Zealand industry meeting requirements such as animal health certification assurances and contributes to improved market access for New Zealand products to Europe.

BBC Economics Editor Faisal Islam has shown that the lack of equivalence for Great Britain's Sanitary and Phytosanitary Measures (SPS) means that the UK is at a regulatory disadvantage to New Zealand. The Kiwis have a closer relationship on SPS with the EU than Britain with an agreement that limits checks (to 1 per cent of produce) and simplifies paperwork.

Pete Robertson, Chief Executive of Food and Drink Federation Cymru, has also highlighted the issues around the lack of mutual recognition of vets making exporting Welsh lamb into the EU far more difficult. He stated that there will be 20 times more checks on Welsh lamb going into the EU than there is on New Zealand lamb and that from April 1 the sector is likely to see quite a significant challenge from imports. Until that goes through it’s difficult to understand the scale of the impact on the business.

Alison has also expressed concern over the possible impact of the UK entering the Pacific free trade group – CPTPP, stating: “This is another area we need urgent clarification on. Sam McIvor, Chief Executive Officer of Beef & Lamb New Zealand, has already issued a statement this week saying he expects the New Zealand government to push for compromise with the UK on red meat exports. We must ensure these compromises don’t come at the expense of our Welsh producers.”

“I am calling on Powys MPs Craig Williams and Fay Jones (who backed and endorsed this deal) and the Conservative Party to seek urgent improvements to the equivalence for Great Britain's Sanitary and Phytosanitary Measures (SPS) to ensure that local lamb producers exporting to the EU will not be at a competitive disadvantage to those in New Zealand.

“It’s been a consistent concern of constituents and producers for some decades that cheap New Zealand meat could undercut local producers within the UK market, but these extra administration costs and red tape now mean they are at risk of being undercut in key European markets. We have already seen the threat of job losses at Randall Parker Foods in Llanidloes thanks to red tape introduced in the Tories’ deal. We don’t need more confusion or bureaucracy.

“My particular concern is that if they can’t fix this by the Autumn period when most lambs are exported, we will have a pinch point as there will be no capacity to cope with numbers and existing European customers will look for alternatives to Welsh lamb in the future to avoid disruption to their business.”

Over 90 per cent of all lamb exported goes to EU countries.