Petition Against Llanidloes Bypass Changes Handed into the Welsh Government

A petition demanding that a new project to alter the layout of the Llanidloes bypass has been handed into the Welsh Government by Welsh Liberal Democrat Senedd Member Jane Dodds. 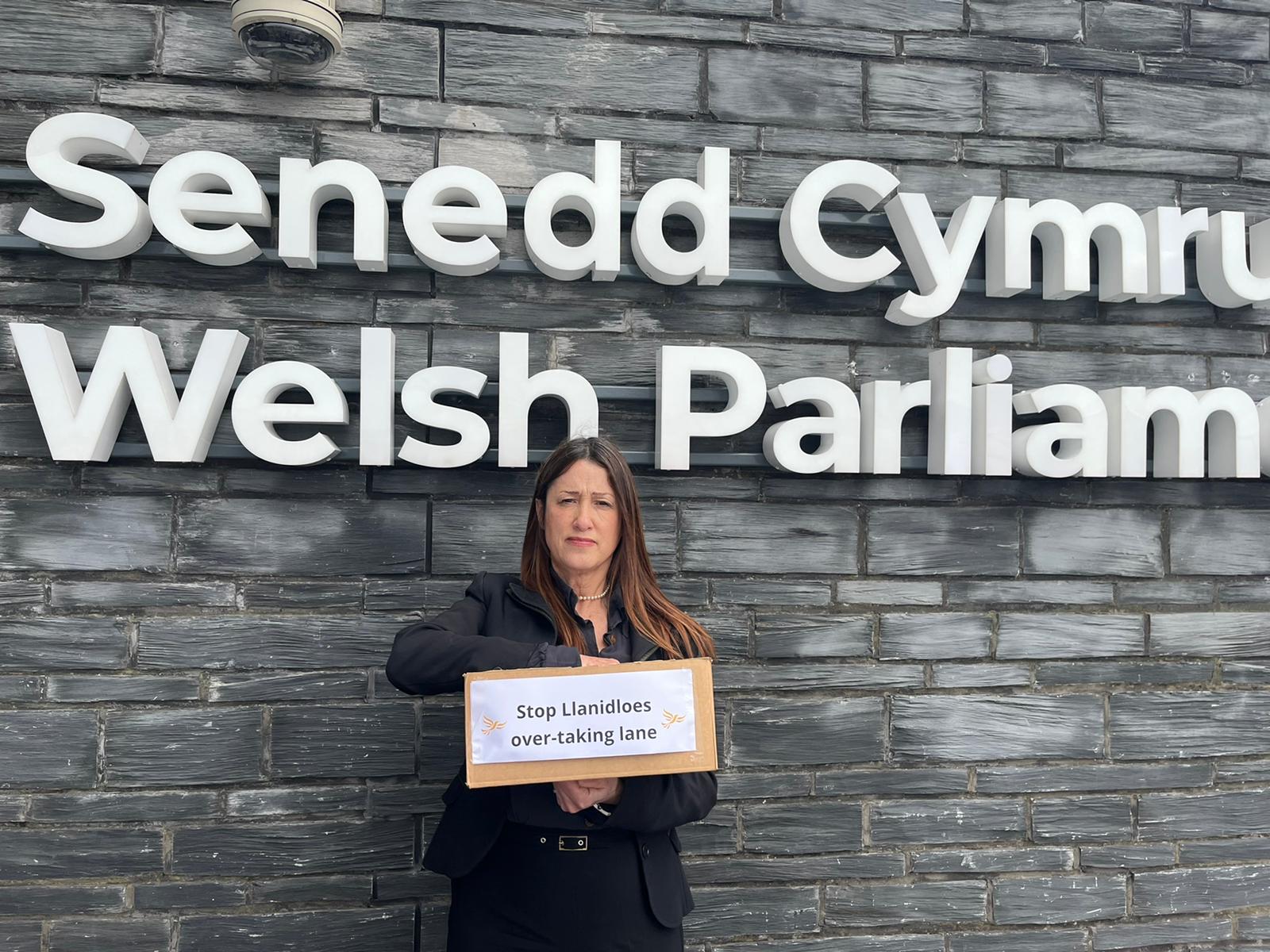 The petition, launched in November last year has gathered 500 signatures and has widespread support among local politicians including County Councillor Gareth Morgan and has now been handed over to the office of Lee Waters, the Deputy Minister for Climate Change, who also holds responsibility for road programmes.

Plans to introduce an overtaking lane on the A470 towards Llandinam have received a backlash from councillors and residents since a consultation into the plans was launched last year.

The Welsh Government had confirmed that the plans were being assessed as part of a moratorium on all new road-building projects in Wales introduced after the Senedd elections. But the Welsh Liberal Democrats want the proposals scrapped altogether.

While the Welsh Government its plans has now stated will not involve the use of Hafren Terrace to enter Cae Hafren, overall plans remain under consideration.

After handing in the petition into the Welsh Government Jane Dodds said:

“It is vital that the Welsh Government listens to the community on this issue. While the Government is carrying out a review on all roadbuilding, a costly review is not necessary here with such a strong feeling in the community that the project should not go ahead.

“The number of signatures we have collected equates to almost 20 per cent of the entire town. This clearly demonstrates the level of opposition within the community.

“The cost of the proposed changes are also extortionate, think of what £5 million could do for public transport in the area rather than ploughing it into this unwanted development. If the changes go ahead it will be just another example of Welsh Labour wasting taxpayers money that could be better spent elsewhere, such as improving local bus services.

“I would also however like to question the involvement of the Conservative MS Russell George in this matter. While I welcome him attending the meeting held by the Trunk Road Agency, I am not clear what else he has done to take up this issue with the Welsh Government, despite him seemingly taking credit for developments earlier this week."

"This scheme is the most controversial to come before the community of Llanidloes in many decades. The Town and the surrounding rural area are united as never before against it despite the amendments put forward by the Welsh Government recently. It is simply not necessary in my mind. I challenge the Government to put forward convincing evidence to prove it is necessary”