The Welsh Liberal Democrats have hit out at Plaid Cymru Powys after its group leader backed a Conservative motion for a 3.4% increase in council tax this year. 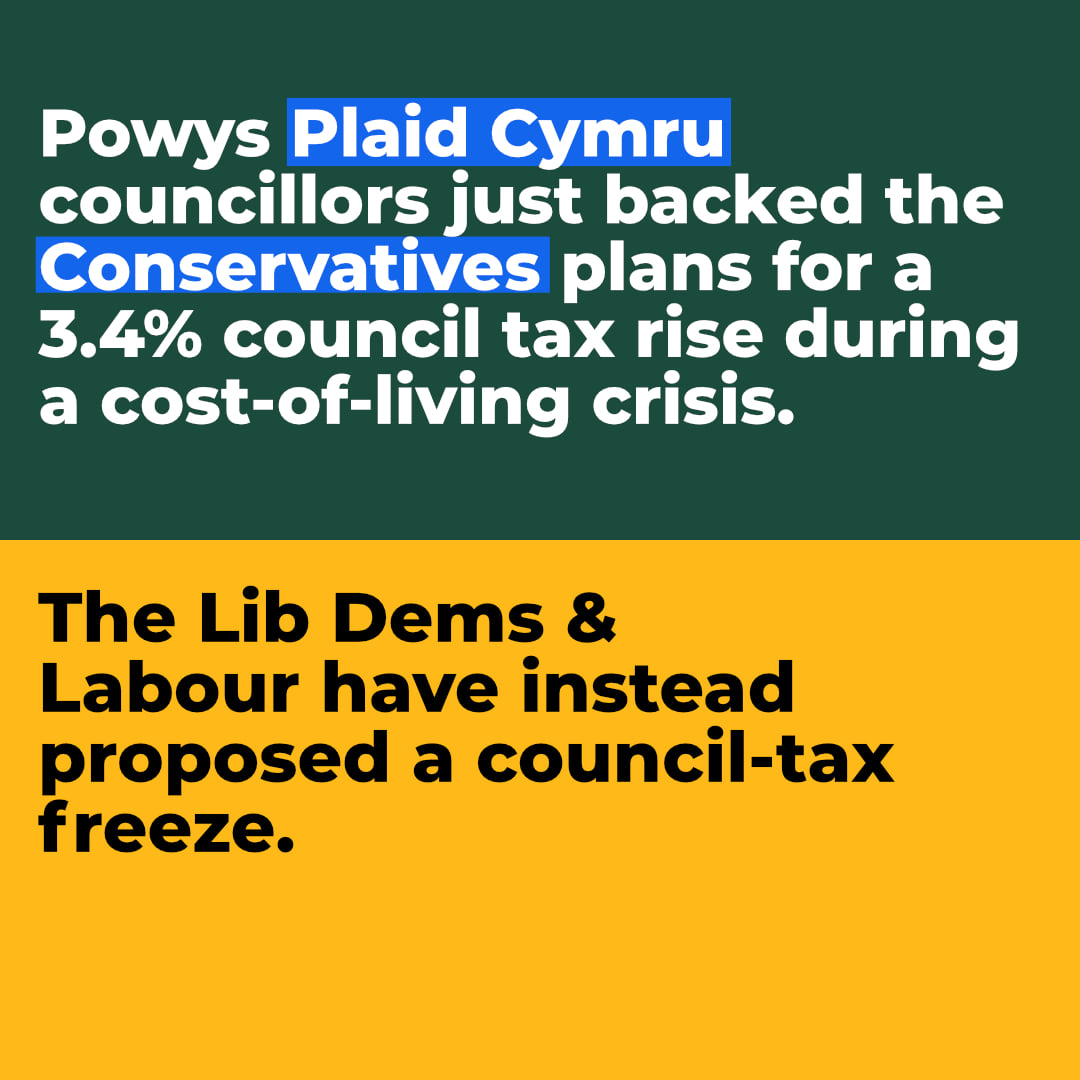 Labour and the Liberal Democrat Group meanwhile, put forward plans to use extra funding provided by the Welsh Government and funds in the council’s budget management reserve to enact a Council Tax freeze.

The meeting was suspended after a vote to freeze Council Tax for next year was overturned.
Powys councillors will meet again later this week to debate next year's budget after failing to reach an agreement and Plaid Cymru – Conservative plans failed.

“It is greatly disappointing to see Plaid Cymru team up with the Conservative to try and impose yet another year of high Council Tax rises on Powys residents.

“Powys residents are going through one of the toughest cost-of-living crises in living memory, with energy price rises in Powys amongst the highest in the entire UK. We have already had over 27% of Council Tax rises since 2017 inflicted by the Conservative and Independent coalition. Now Plaid Cymru wants to help them introduce yet more again.

“Both the Lib Dems and Labour have backed credible plans to stand up for the people of Powys and introduce a Council Tax freeze this year while families are struggling to make ends meet. Instead of backing these progressive plans, Plaid Cymru has chosen to take a hammer blow to those struggling in Powys.