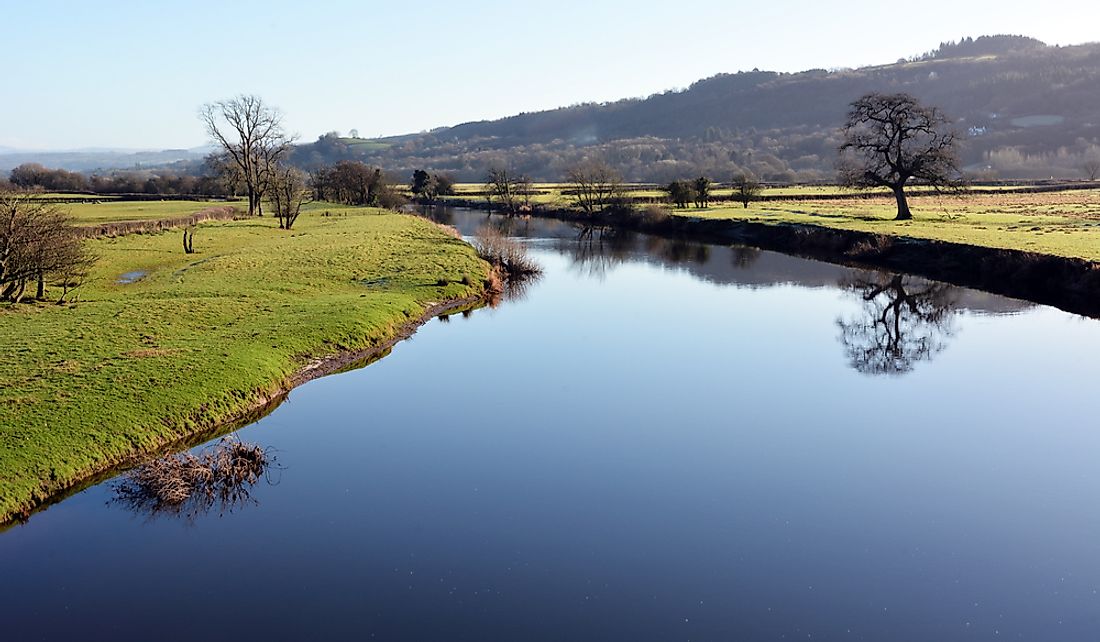 What is the problem?

Pollutants from agriculture and sewage adversely affect our rivers and their
biodiversity.

River pollution in Wales and across the UK absolutely needs to be tackled. On average there are over 150 incidents of river pollution each year in Wales. River systems face two different types of pollution from agriculture. Pollution incidents caused by slurry washing into rivers and long-term release of nitrate and phosphate into water. When an incident occurs there should be heavy fines and increased monitoring of future compliance with all farm plans and strict management regimes. These incidents lead to the killing of fish from the increased Biological Oxygen Demand of the organic matter in the water.

There is a separate problem that is more insidious and longer-term. This is the leaching of nitrogen and phosphate into groundwater or rivers from animal manure and fertilizer applied to fields or eutrophication. This can lead to algal blooms which are detrimental to most forms of aquatic life.

What are Welsh Government doing and what problems does it cause?

The Welsh Government plans to class 100% of Wales a Nitrate Vulnerable Zone. Only 55% of England and 14% of Scotland are covered by NVZs. The proposed imposition of Nitrate Vulnerable Zones to the whole of Wales has been labelled as disproportionate, counterproductive and will lead to significant unintended
environmental consequences.

One likely consequence of the Labour policy of imposing an NVZ on the whole of Wales will be fewer cattle and more sheep. Indoor cattle need expensive muck handling facilities and now a lot of complex paperwork. In contrast, sheep can be left out in the open with reduced costs. For biodiversity, floral abundance and species-rich grassland cattle grazing is much much better than by sheep. Late grazing with cattle is particularly beneficial. Flowers set seed and butterflies can reach maturity and breed. Cutting hay meadows for cattle is also good for wildlife. Many farmers will give up beef cattle if they have to do unnecessary paperwork for manure handling and nitrogen budgets as well as invest in more facilities. Were this move to happen it could be an ecological disaster with significant habitat loss.

At present farmers are going to be asked to make massive changes for biodiversity, climate change and flood prevention. They are going to lose their Single Farm Payments which in many cases were more than their net profit. A blanket NVZ for
the whole of Wales means additional costs and risks seriously alienating farmers at just the wrong time. These changes also come into effect on April 1st when COVID will still be a problem. The industry was promised that changes would not be made during the course of the pandemic. The Government should keep that promise and withdraw the proposals.

Biodiversity and healthy environments are key to tackling the climate crisis, and targeted intervention that secures stakeholder cooperation is most effective. We believe that this blanket approach puts an undue burden on all farmers, rather than targeting the problem on the individual level. Natural Resources Wales requires adequate funds to enforce the rules and pursue legal action where necessary.

The management of this problem needs a whole catchment and holistic farm approach. Merely imposing strict limits on nitrogen from natural and fertiliser applications risks putting Welsh farmers at a disadvantage compared to other UK
nations for minimal gains in water quality. We recognise that farming is not the only source of these pollutants, with the lack of phosphate stripping at many sewage treatment sites also having a detrimental impact on our river systems. There are wider management issues and changes which should be promoted and, in some instances, Nitrate Vulnerable Zones have a role to play, particularly around inland lakes where eutrophication has the most severe consequences. They are
currently in place and cover about 2.4% of Wales.

Welsh Liberal Democrats are calling for:
1. A re-evaluation of the evidence to determine if an all-Wales NVZ is the most
effective way to tackle river pollution.
2. An extensive monitoring programme for water quality up and downstream of
all treatment works and sewage outlets with enforcement action against
companies within the next 6 months.
3. Increased resources for NRW to enable them to investigate and prosecute
those responsible for any incidents.
4. The introduction of the measures in the regulations, on an entire business
basis, for anyone found guilty of causing an avoidable pollution incident
during the moratorium.
5. The introduction of whole farm plans as part of the impact assessment and
conditions for new farming developments that require planning permission
during the moratorium.
6. The establishment of a new entrant fund to support the renovation or
replacement of storage areas at risk of causing a pollution incident for
individuals who have taken ownership of a farm since 1st Jan 2020.
7. Increased resources to planning services to enable effective implementation of
recent reform to the planning process. That makes the nitrate and phosphate
impact of a development a planning consideration warranting rejection or
needing appropriate conditions for mitigation.
8. A science-based review of the impact of waste from anaerobic digesters on
local watercourses where it is spread on a regular basis.