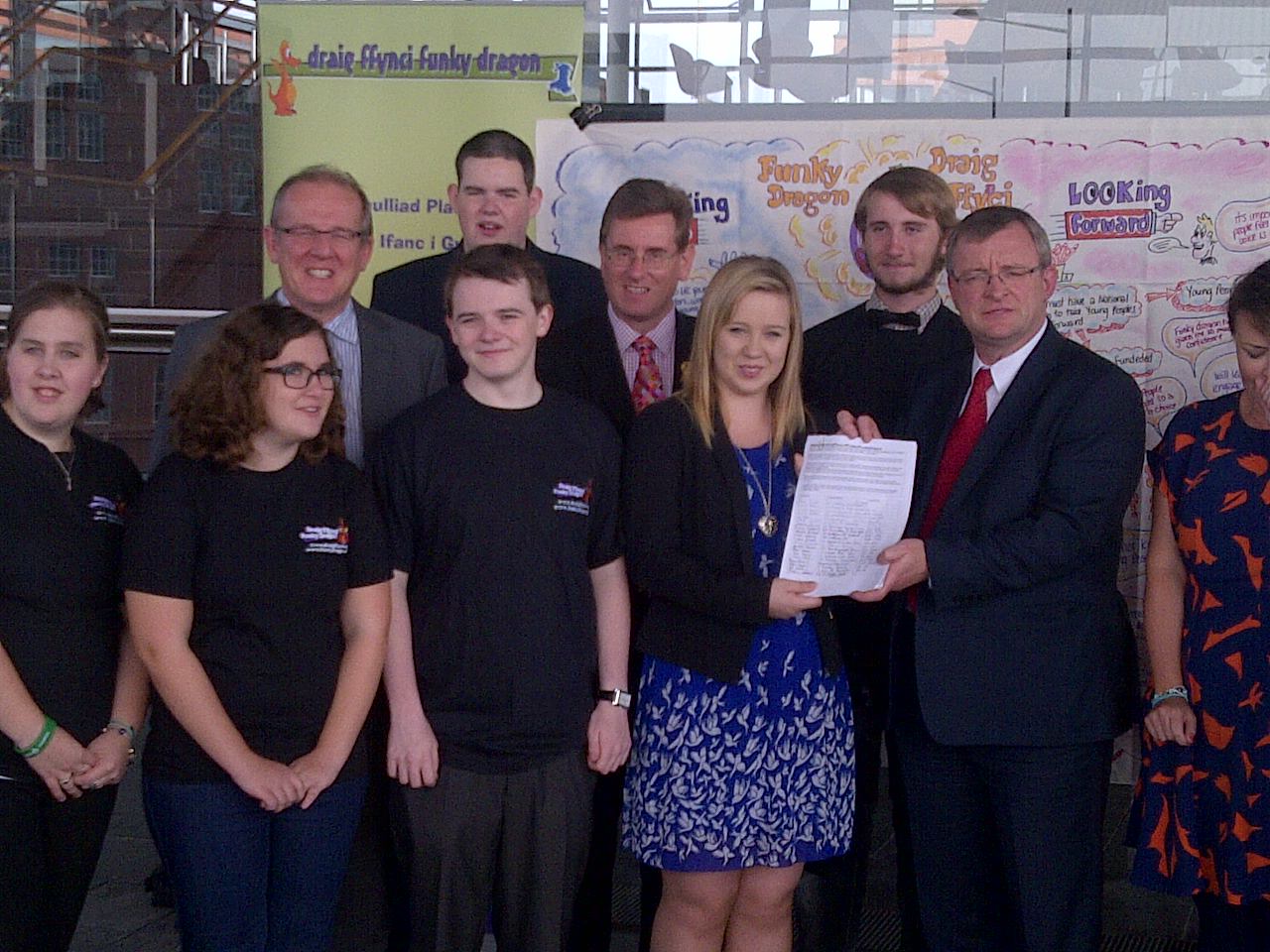 William Powell, Chair of the National Assembly for Wales’ Petitions Committee, has today accepted a petition which aims to protect the future of Funky Dragon, the Children and Young People’s Assembly for Wales by restoring core funding from the Welsh Government.

“I was very proud to accept this Petition on behalf of the Committee. There was a great deal of surprise and disappointment when the Welsh Labour Government decided to cut the funding of Funky Dragon last summer with so little warning.

“The organisation has done a great deal of work to promote democratic engagement amongst Wales’ youth, and it is critical that such work is not lost to our nation.

“I look forward to taking the Petition forward with the Committee and to securing a full response from the Welsh Government.”

"It is so important to get young people involved in politics and Funky Dragon presents them with such a fantastic opportunity. This important program gives the youth in Wales a national platform to present their views and opinions to the Welsh Government.

"I am delighted to see young people so enthusiastic about politics."